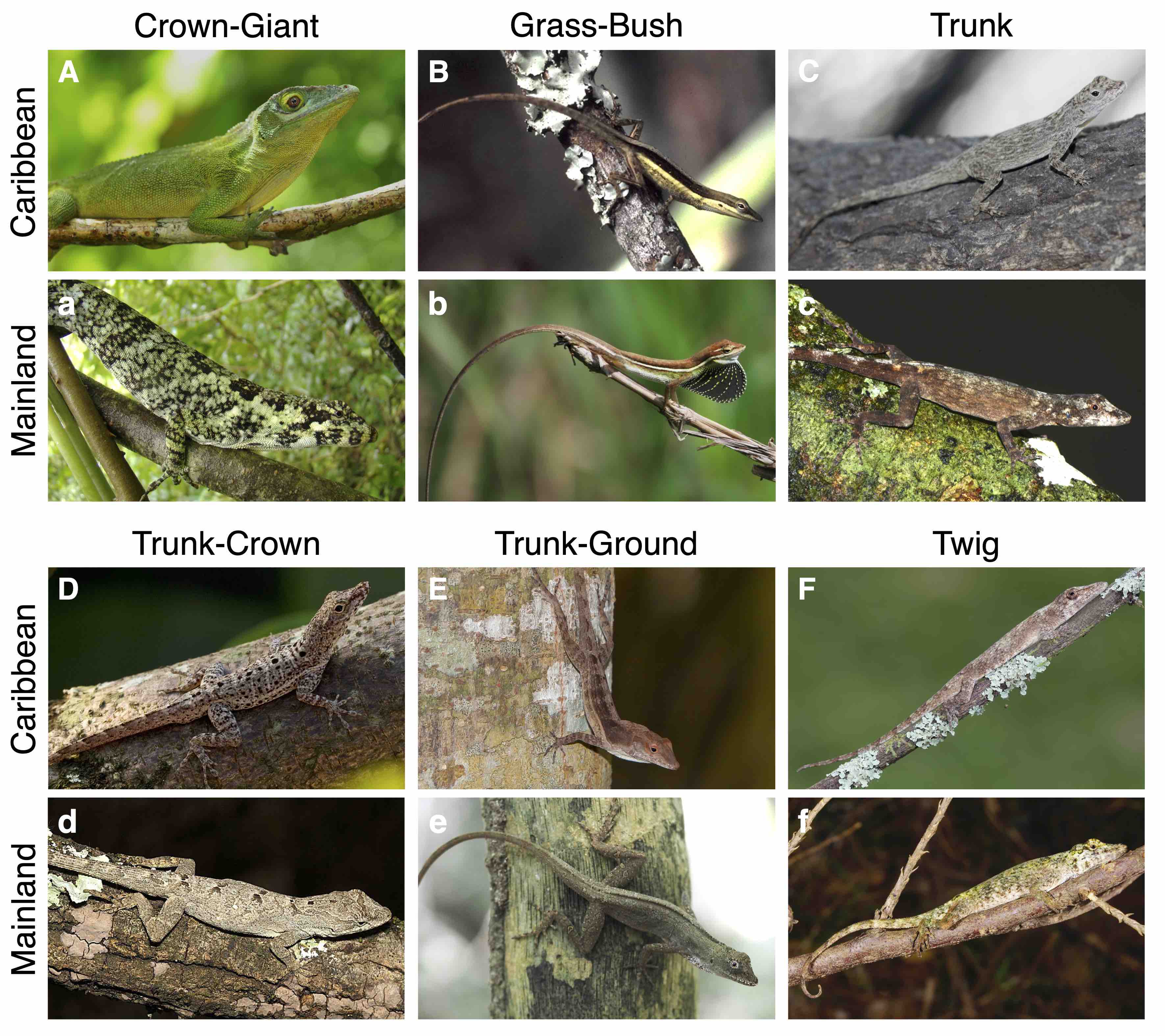 Morphologically similar anoles from the mainland and Caribbean.

Caribbean anole lizards are popular among biologists for being a textbook example of convergent evolution. On four islands in the Caribbean, anoles have repeatedly evolved groups of species (ecomorphs) with similar ecologies and morphologies. These ecomorphs demonstrate the strong relationship between habitat and morphology in Caribbean anoles and have been extensively studied since they were first proposed in the late 1960s to early 1970s. However, the anole ecomorphs have really only been applied to Caribbean anoles and its unclear whether their relatives in Central and South America also fit the bill. That is until now...

There is still a lot left to learn about mainland anoles. Despite our findings, many mainland anoles are morphologically distinct from the established ecomorphs or seemingly represent intermediate ecomorph species. This suggests there may be other ecomorphs waiting to be described or that there are other factors that complicate the evolution of mainland anoles. Because the ecology of mainland anoles is severely understudied compared to their Caribbean counterparts, increasing our knowledge in that arena will surely provide better insights.

This work was conducted in collaboration with researchers at the Smithsonian's National Museum of Natural History. Read the paper in full here or check out this interview to learn more about the origins and importance of our study.